About Variety – The Children’s Charity

Variety, the Children’s Charity was founded in Pittsburgh, Pennsylvania on October 10, 1927, when a group of eleven men involved in show business set up a social club which they named the “Variety Club”.

On Christmas Eve 1928, a small baby was left on the steps of the Sheridan Square Film Theatre, with a note reading:

“Please take care of my baby. Her name is Catherine. I can no longer take care of her. I have eight others. My husband is out of work. She was born on Thanksgiving Day. I have always heard of the goodness of showbusiness people and pray to God that you will look after her. Signed, a heartbroken mother.”

Since efforts to trace the mother failed, the members of the Variety Club named the child Catherine Variety Sheridan, after the club and the theatre on whose steps she was found and undertook to fund the child’s living expenses and education. Later the club decided to raise funds for other disadvantaged children.

The story of baby Catherine was picked up by newspapers all across America. Others in showbusiness volunteered their help. They too wanted to join a ‘Club’ that had done such a wonderful thing as adopting an abandoned baby. Clothes and toys flooded in for baby Catherine; far too many for one small child. So Variety Club found other needy children they could give them to.

From that unexpected beginning has grown one of the greatest children’s charities, helping sick, disabled and disadvantaged children in many countries around the world.

Showbiz traditions run deep in Variety. Because the first Annual Dinner and Ball in Pittsburgh in 1928 was staged in a Big Top, the branches have always been referred to as ‘Tents’ and the members are called ‘Barkers.’

The website for Variety, The Children’s Charity can be found HERE. 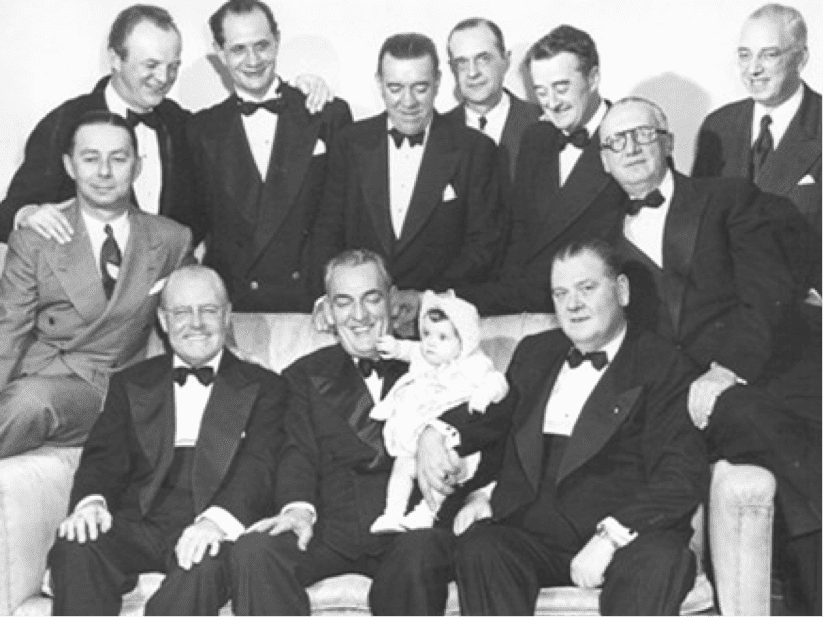 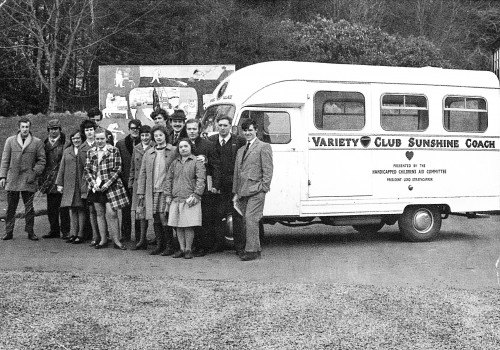 One of the first Sunshine Coaches